Anyone that was around Brown County in 2013-15 will remember all the days when they couldn't open the local newspapers without seeing mention about the 'Death in Brown County's Jail' or Zachary Goldson.

The jail and the Coroner had differing opinions over whether the death was a suicide or a homicide. The Coroner stood alone.

Brown County courts denied the then Coroner Judith Varnau a chance to hold *another* inquest over the death, despite there NOT having been a 1st inquest into the matter. Which also kept Zachary's mother from getting any closure over the properly coroner-declared homicide.

Media coverage has died down over the years and it would be easy to think that everything's blown over...except there's a Wrongful Death Case IN FEDERAL COURT (not Gusweilers' court) against the accused deputies still ongoing as filed by Zachary's momma (Christy Dennis) and family -- technically by the administrator for Zachary's estate Ashley Bard.


The latest round of court documents caught our interest. The Defendants' (the DeathSquad) Lawyers have filed for summary judgment, stating all the evidence against their clients was mere 'opinion.'


How about we take a look at what could be some very damning 'opinions'?


1st: There are 'opinions' of other law enforcement individuals, including Hamersville's own Police Chief, that the mark around Zachary Goldson's neck looked more like it came from 'a dog leash' and another law enforcement member suggested a similar but more relevant possibility would be a hobble strap -- USED AS A COLLAR, not its intended use. A hobble is a strap used by police for additional restraint of legs when transported in cruisers, so that the leash end can anchor and prevent the shackled legs of the apprehendee from kicking out the vehicle's windows. Use as a 'collar' is forbidden. 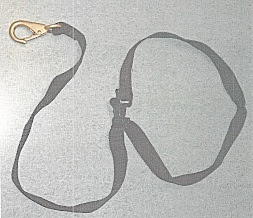 FURTHERMORE it was other law officer's opinions that A bunched-up sheet wouldn't make as smooth edged, narrow, even-width mark as was present on Mr. Goldson's throat. And that mark wasn't there when they roughly dragged Mr Goldson through the entry room on the surveillance video, so where did it come from?

2nd: The sheriff's chief deputy removed (for 'upgrading') the sprinkler head that they claimed Mr. Goldson hung himself from before the investigation of said sprinkler could be conducted for any court cases that could follow. As such any re-creation of events done in that cell would be problematic. (A felony of evidence destruction) However, a Mr Scott G Roder and his staff (who do forensic scene reconstruction for a living) made a re-creation of Cell 15 that Mr. Goldson supposedly hung himself in. And as part of the court-case discovery process they produced calculations and video evidence of their attempts to reach across the open space to the sprinkler and tie the required knots while standing on the rim of the cell's sink and leaning at that difficult angle, without using one hand on the ceiling to counter the leaning-angle since both hands were needed to work on prying and tying. Not possible. All confirmed by the sprinkler system providers as well who insisted that, additionally a tool of some kind would be needed, while wrestling with the sheet, to pry the escutcheon of the sprinkler away from the ceiling where the installers tighten them securely for their profession's safety reasons.


3rd: Now this gets really damning of the deputies' honesty. The currently existing copy of the security hall video (which was unprofessionally at best in the extended custody of the suspected deputies) does, at least, have the scene of the deputies entering and exiting the cell after they supposedly took the cuffs and shackles off of Mr Goldson and left him in the cell. Close examination of the scenes shows that there is a severe discrepancy in their testimony as there were no shackles and only two of the sets of cuffs and a transport belt they had used on him in anyone's hands, pockets, belts etc when they came out.

What were the cuffs and shackles still doing while no one was watching the alleged attempt to climb (barefoot since they did take his shoes out of the cell) and wrestle with sheets and sprinkler heads????

And furthermore there was testimony from a reception phone area deputy that said the murder suspects had to retrieve 'the cuffs' per her information from the phone message among the deputies after they'd split up to regular duties before 'discovering' the poor victim.

The hall video even shows them stare more downward than upward when supposedly looking at the victim in the claimed 'hanging-discovery' scene. Totally at odds with the depositions the death-squad gave to the BCI interrogators in charge of the initial investigation. How is this a matter of 'opinion'?

4th: But this is the bit of evidence we find most interesting...and would want to know how it could possibly be an 'opinion'? Long before all this drama started, as a kid, Zachary was in an incident that electrocuted the middle finger of his left hand, leaving parts of the hand including the finger weaker and difficult to handle. Anyone that looks at Mr. Goldson's fingerprints on file can see the weakness in the middle finger. And there they are,

Now let's think about tying the knots required for Mr. Goldson to hang himself. If you tried doing it one-handed how far would you get, how long would it take and how much help would a damaged left hand help in the matter. Especially if you factor in all the other events that'd taken place beforehand and would need to take place for him to reach the sprinkler head to tie the sheet around it. Doubly especially when there was even that testimony from the sprinkler's installer that all such heads are directly flush against the ceiling, making there not be enough room for a thick, bunched up sheet to be squeezed in-between without a lot of manual work for prying and tool use.

This leaves evidence and 'opinions' sounding quite damning despite this all being 'just' a Wrongful Death case, coming ingeniously to likely 'homicide' conclusions

even after the state appointed (DeWine’s) 'special prosecutor' Daniel ‘Woody’ Breyer manipulated a sweeping show til the grand jury unlawfully decided it was 'suicide', not just that the suspects were not indictable,
AND
worse, after the county's own judge Gusweiler is still prohibiting, under threat of contempt of court, the then coroner Dr. Judith Varnau from continuing her investigating according to her sworn statutory duty,
AND
even after coming on top of the Death squad's own lawsuit demanding the Coroner's lawful work was violating their civil rights (a case still pending in FEDERAL COURT also, if any of these Federal Law Enforcers are allowed to notice this wrongful death data, rotfl at what's about to hit the fan). CAUGHT! AT LAST.

ROTFL, as Gusweiler is hopefully limited in his threats of contempt of court jailtime against the former Coroner on top of his already imposed $7grand for working at her private files.

Surely this is the reason that the Common Law Coroners were designated to protect the rights of the deceased, and Brown County used to have such a Coroner. Now the County is back to having a coroner per ohio law that only comes to death scenes when invited. Too bad.... But at least we can hope for the arrival of the US Marshal, making the swat team visits to the courthouse, the Sheriff's Deputies offices and wherever else the Death Squad and collaborators are now.... ttyl
Posted by indymichael at 1:30 PM No comments: 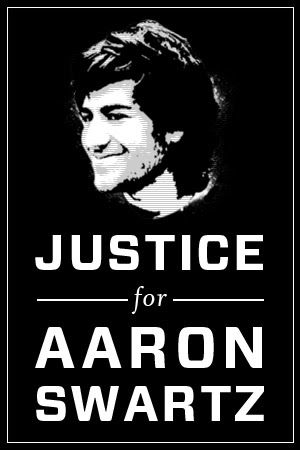